So, when an envelope from Lithuania appeared in the mail, I assumed it was via Postcrossing, from a sender who (sigh) thinks postcards should be mailed in envelopes.  I was only half right. 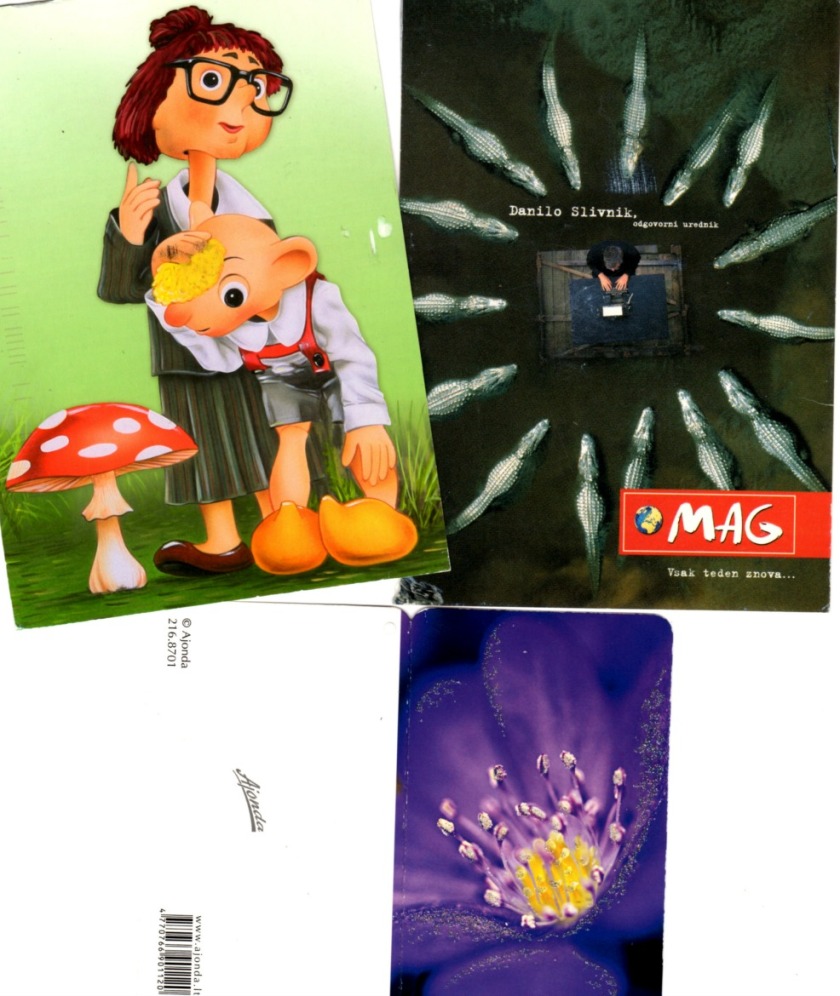 The envelope is from Šiauliai, Lithuania, and it contains no postcard at all, but rather a handwritten letter (I approve) and the gift tag you see at the bottom of the image I posted.  Inside the little card was written, “Best wishes from LITHUANIA to United States of America!”  Now, the letter was from a 16-year-old, and he has been Postcrossing for less than a month, so perhaps he will soon pick up on the “postcard” part of Postcrossing.  It’s funny to me that at the end of his letter, he wrote, “P.S. Postcard ID: LT-49….” As for the content of the friendly letter, it’s very apparent he would like to study–and stay–here in the U.S., and wants some tips.  Unfortunately, I really don’t have any, but advised a cross between asking his college counselors & doing copious internet research.  He’s also interested in pen pals, even giving his email as well as physical address.  Sometimes I wonder how safe these sites are for young people, you know?  I limited my communication to answering some of his questions within the Postcrossing thank-you message field.

Going back up to the top of my image, that puppet card is from Kladno, Czech Republic, from where the sender tells me that these are “puppet characters Grandma and very famous Hurvinek.”  I looked up Hurvi, and see he hails back to 1926, making him older than Mickey Mouse!

The card with the crocs comes from Bovec, Slovenia, and is from a real postal carrier!  He says:

“I have such a great job.  🙂  Happy mail (except bills) bring smiles on peoples’ faces.  Wish you a lot of interesting mail and enjoy what you like to do.” 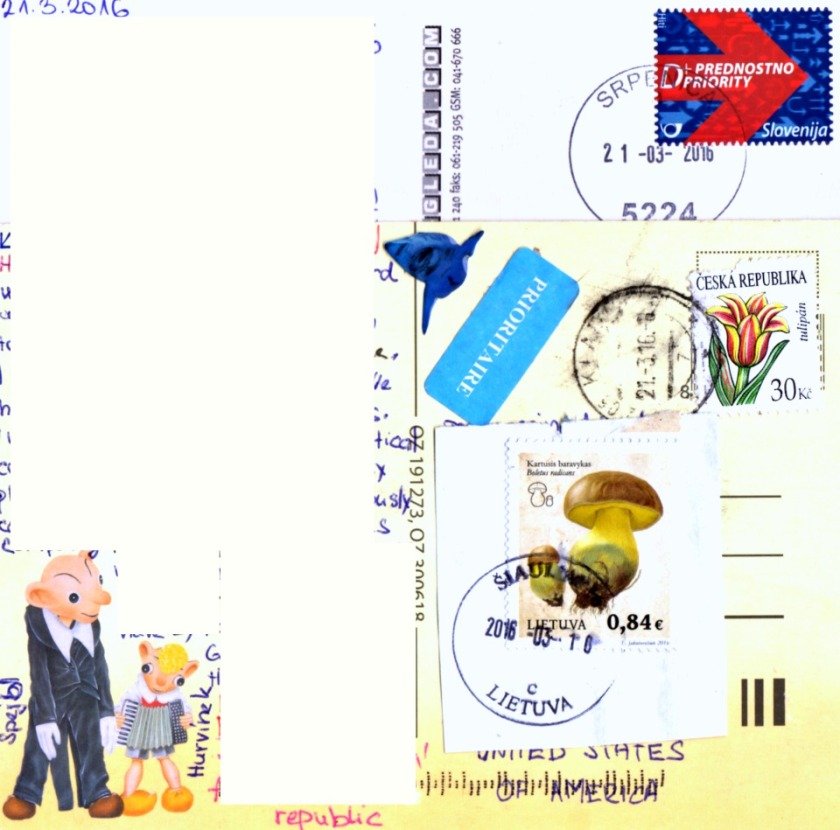 Even at magnified size, I have no idea what that sticker above the priority label is supposed to be.  Can you help?

4 thoughts on “Dude! That’s Not Even a Postcard! Received from Czech Republic, Lithuania, & Slovenia”