Foghorn Leghorn here is at Magic Mountain in Southern California, but the sender is from Queen Creek, Arizona. She sent the card to me in a swap-bot “cartoon animal postcard” trade, and she writes:

I have never been to Magic Mountain, but this ride looks like a lot of fun!

I have never been there, either. I’ve driven past many times, but when you are in that neighborhood, well, for me the correct amusement park destination is always Disneyland.

More toons: the caption on the back of this card tells me it is Mr. Muddle:

I know the feeling, I do. This is another swap-bot trade–“children’s book illustration postcard,” this time–and it’s from a swapper in Glencoe, Oklahoma. He writes:

My mom is a retired kindergarten teacher. I grew up on Mr. Men & Little Miss books. I enjoyed your movie review blog. I’m glad someone else enjoyed Ra.One!

Someone from Slavkov, Czech Republic was assigned to me by Postcrossing, and she sent me the Pooh card. Unfortunately, some postal mishap claimed a large section of the message portion–peeled it right off. It’s a shame, because from what I could tell, she was actually writing a very substantive, friendly message. The mostly-blank cards always make it intact.

Another regular Postcrossing draw, this one from a sender in Taipei City, Taiwan who says he likes traveling and photography. Isn’t the idea of a “wind-power park” interesting? I was intrigued–and I really like that piece of crab art–so I looked it up. It’s right by the sea, it’s got recreation & performance spaces, and those 7 windmills generate enough electricity to power the park for four hours after dark. Better still, there are more sea creature mosaic statues! Isn’t it cool to learn new things through Postcrossing? 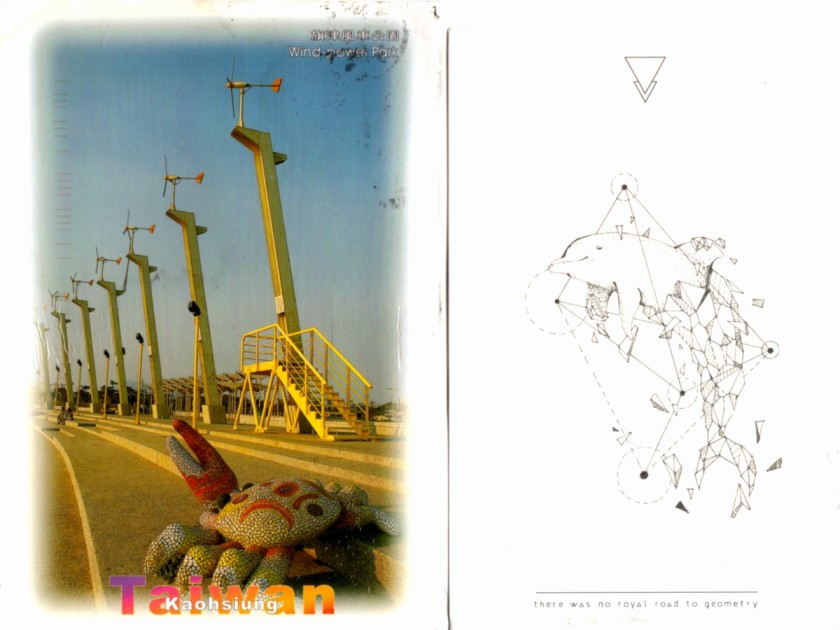 That dolphin image is…interesting. I certainly prefer it to a photo of a dolphin in a swimming pool. I received it from Hong Kong, via a Postcrossing Forum trade of sea creatures cards. As we transition into the stamps, stickers, & washi tape portion of this post, let me express my appreciation for the BACK of the last card, which has a lot going on. I was about to express how much I am enjoying that Green Spot soda sticker, but when I initially looked it up, it turned out Green Spot is a booze. That didn’t seem right, so I tried again, & found the soda. So much learning!

I also really like the avocado stamp from Taiwan. Do you have any favorites this time? 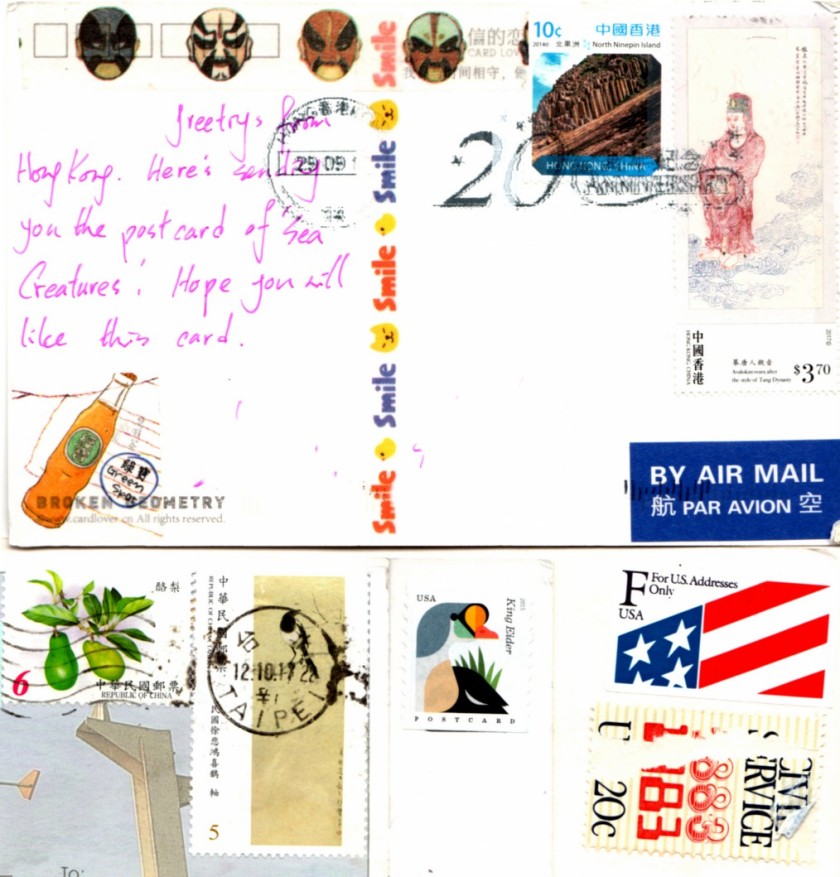